The prophet Malachi ended this book with a powerful statement concerning fathers and children.

Why does the Lord focus on the father-child relationship to conclude His judgment of mankind? Now to be true to the text, there are two possible interpretations for this verse:

1) One interpretation finds the fathers to be literal fathers and literal sons. In other words, the focus is on social relationships within the family context.

2) The other interpretation focuses on our spiritual relationships: the fathers as those leaders who founded Judaism and the sons being the inheritors of the faith.

I find it intriguing that one interpretation cannot shake off the other. Is it possible that both are true? Our spiritual lives greatly influence our social relationships. We would expect that when a nation does well, families are brought back together. Whenever selfish lusts engulf a people, then we know the foundation of the family has been undermined.

The Fathers’ Response to Their Sons

Why fathers and sons? Why not husband and wives? I thought about this a while, and though I do not have a conclusive answer, I have a few thoughts about this matter. The strength of the families is determined by the father, who acts as a father rather than a boy. A weak father brings sad consequences to his family and church. Let me specify three characteristics of a good father.

A good father watches over his family by caring for his wife and children. He will keep a careful eye on his children to monitor where they are and what they do. He will guard them against evils of the world, whether they come from the internet, Netflix, gaming, or the neighborhood. He will be responsible for them and so spend time with his children.

The father provides for his children. This principle doesn’t mean he gives them everything they want. That would be horrible. A provider is one who cares for the needs of his children under the direction and provision of God. He is responsible and does not waste money on himself. He will keep an eye on the economy and pray and discern how to best care for his children in his God-given circumstances.

The father is the spiritual head of the family. As a priest, he recognizes that the family is not just a social institution but a spiritual institution. He understands the authority that God has given him to raise his children with godly admonition and example. He carefully prays for them and teaches them God’s Word. He leads them in family devotions but also secretly prays for them. The good father lives close enough to his children so that he can properly understand them.

This image of father has received a lot of condemnation lately so that in even many seminaries they will bash the father image and demean patriarchy. The liberal feminist movement strives to make itself greater than God, but it will be broken. It is broken. Just look around at what has happened when fathers have strayed from their responsibilities. When fathers leave home, physically or emotionally, they have return to their irresponsible boyhood. They entertain their lusts and desires rather than responding to their responsibilities before God.

The Sons’ Response to Their Fathers

It’s no accident that God pinpoints the starting point of revival as well as moral decay. It all has to do with whether the father cares for his child. But what about the other part where the hearts of the children are restored to their parents? There are two aspects to this item.

1) A child longs for his father’s care and concern. He might be grown up, but he still desires his father’s leadership. I believe that if grandfathers and fathers humbled themselves before God, even if their children have left, their hearts would begin to turn back to their fathers.

2) Sometimes God works in the child’s life first. God has restored many a bad family because of Jesus Christ. He takes the bitterness out of the child’s heart and gives him compassion for his father. This initiates, in a short or long time, a genuine work in the father’s life.

A young man who had received some signs of revival in his heart brought up his need to contact his parents more. He was calling them just once in a while and stated that he should more diligently care for his parents. A change in children’s hearts opens their hearts to their parents. This precise change took place in my life with my parents. This is not a small matter. Most of our lives, we have disobeyed our parents in sneaky and diabolical ways. When God shows us our sin of disobedience, we no longer want to do such sneaky things but instead, get close to our fathers. Along with this new attitude, we have gained a heightened appreciation for God our Father.

Without revival, the culture decays to the point of anarchy. Fathers and children are emotionally divorced from each other. Can you not see the evil in our cities sourced in these broken relationships in the home? Where fathers have deserted their children, in heart or experience, the boys rove about seeking attention elsewhere, even if it be found in gangs. Gangs provide a false love, and though it is often abused, at least they gain a sense of belonging.

There is a promise from God that if He doesn’t intervene with a work among the fathers and sons, then a curse will settle upon the land. A curse has come and settled in our cities, resulting in a generation or two running for the suburbs. Children don’t have any respect for their families. Fathers don’t care enough for their children to discipline them. Hebrews 12 says that if you don’t discipline your children, then you don’t love your children. Your refusal to listen to God in this matter is another symptom of the curse’s presence. Are you going to fall asleep further as this curse further penetrates into your city, your neighborhood, your family, and your soul? Are you going to be lulled by the tune of the worldly piped-piper? 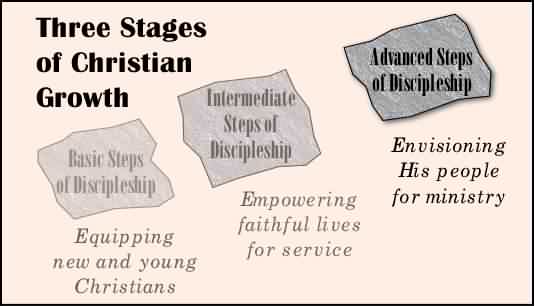 Tracing the Source of Temptations and its Importance — James 1:13-15

Diseases, Viruses, Warnings, and Remedies: A reflection on the many measles’ warnings in light of the more severe dangers around us

The Developing Work of the Holy Spirit in Believers: Detecting the Relationship Between Isaiah 11:2 and Galatians 5:22-23

Trusting God for Hectic Schedules: Trusting in the Lord (Hebrews 2:13)