In less than a month, I board a plane and begin the long journey to India. India hosted the very first BFF training sessions way back in 2004. It was very different back then. The Lord called me to “Give them what I have.”

Yes, I had been a missionary in Taiwan during the eighties and then pastored for ten years at a Chinese church in Pittsburgh, but flying halfway around the world to India to train pastors required much boldness. I still remember the battle, wondering what I was going to teach the church planters and evangelists. Though having little sleep, the Lord began to bring about systemized training messages built on the Scriptures to help and encourage them.

Hardly any of them could understand English—I didn’t go to the big cities where English is more common, but ministered to those serving in the unharvested fields. Today, the Lord has given a treasure chest of Biblical and applicable series I can pull out of my pocket. They need to be translated, but they are relevant to their needs.

Even as I send this out, there is a team working on translating the series on the Holy Spirit. Having very few Christian resources in Bengali, these workers will treasure the handouts. So do pray. Many of you know I face all sorts of troubles before, during, and even after I go on these trips. I fully understand Paul’s ancient but very relevant prayer request.

“With all prayer and petition pray at all times in the Spirit, and with this in view, be on the alert with all perseverance and petition for all the saints” (Ephesians 6:18).

Pray for me and the whole ministry as we gear up for this STM project. The Bengali people remain one of the largest unreached people groups, 7th largest, with 352 million people. Note on the Joshua Project web page that many of the subcultures have %0.0 Christian believers. Most of the attendees are working on starting a new work where there is no Christian witness.

Some might ask, “What is your biggest challenge?” Right now, I am trying to get the budget reduced so that we can maximize the number of attendees. Currently, the budget is significantly higher than typical. We have about 20% of our budget in.

Please continue to pray for: 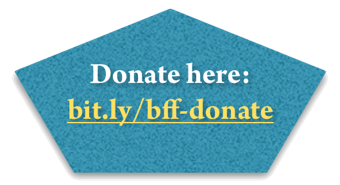 BFF is an official 501(c)(3) nonprofit religious organization and able to offer tax deductible receipts for contributions in the United States. All orders go to BFF.

When are we Sealed with the Holy Spirit?